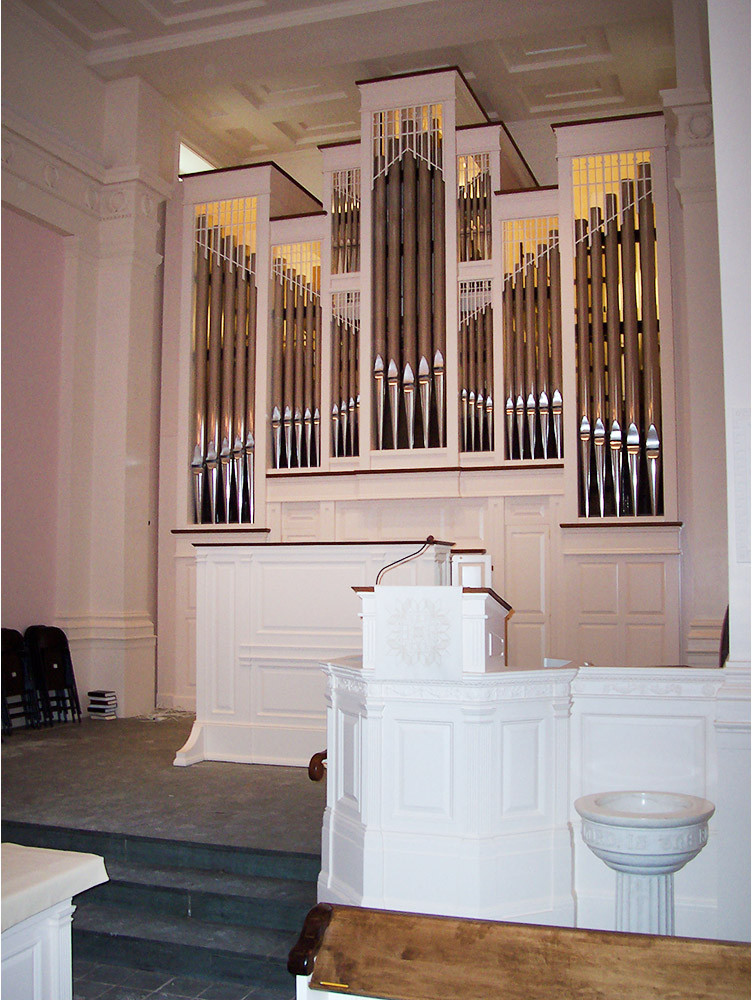 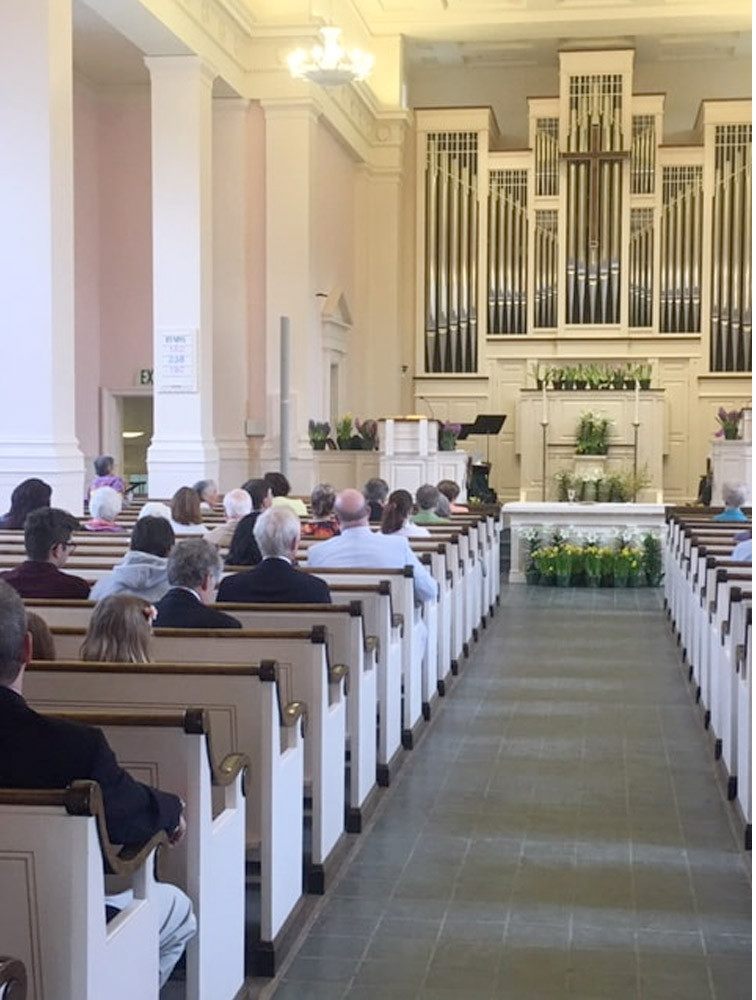 See More Religious Facilities
Back to all projects

Church of Christ at Dartmouth College

Nature of Work: Renovations and addition to accommodate a new organ

The present organ, built by Orgues Létourneau of St-Hyacinthe, Quebec, replaced the church's original Aeolian-Skinner/rebuild/rebuild that was installed in 1933, when the building was new.

Many years later, the organ was failing, and after much study and discussion, it was decided to replace the old instrument with something entirely new, to be in the front of the chancel. The "new" organ has 25 stops over 2 manuals and pedal and has mechanical action.

The funding for the new instrument and the extension of the chancel was part of a capital campaign for many long-deferred projects but Mary Ives, a long-time parishioner, contributed the money for the instrument in memory of her 5 family members who perished in the airplane bombing over Lockerbie, Scotland.