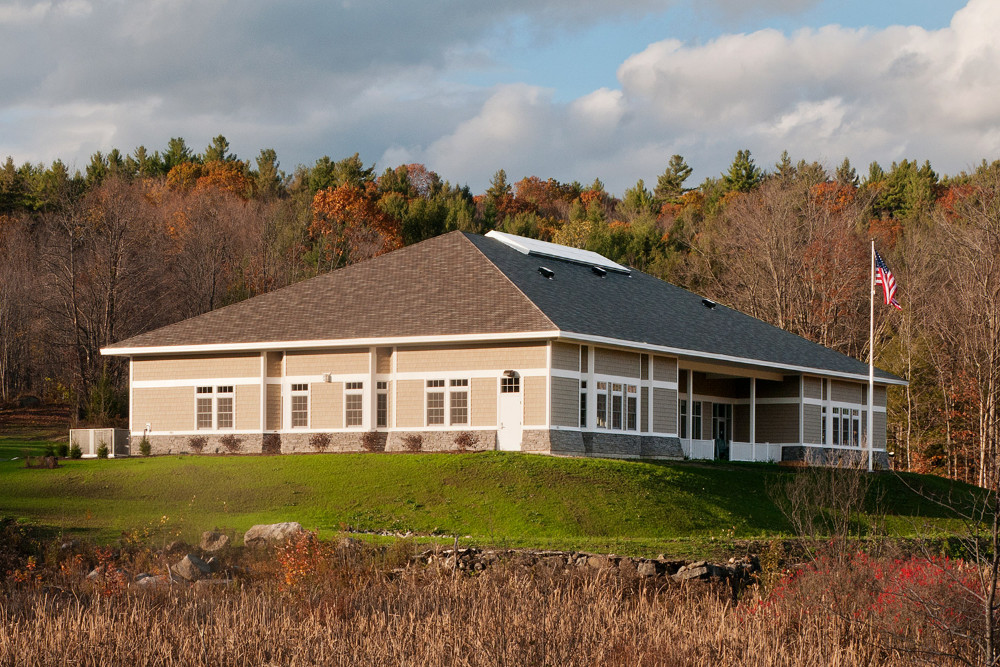 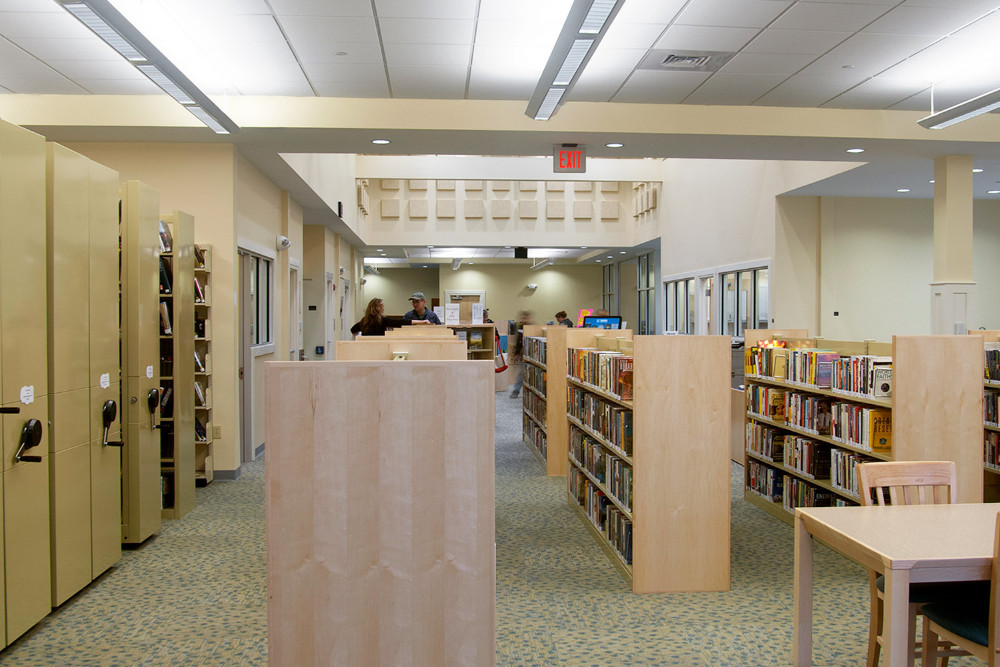 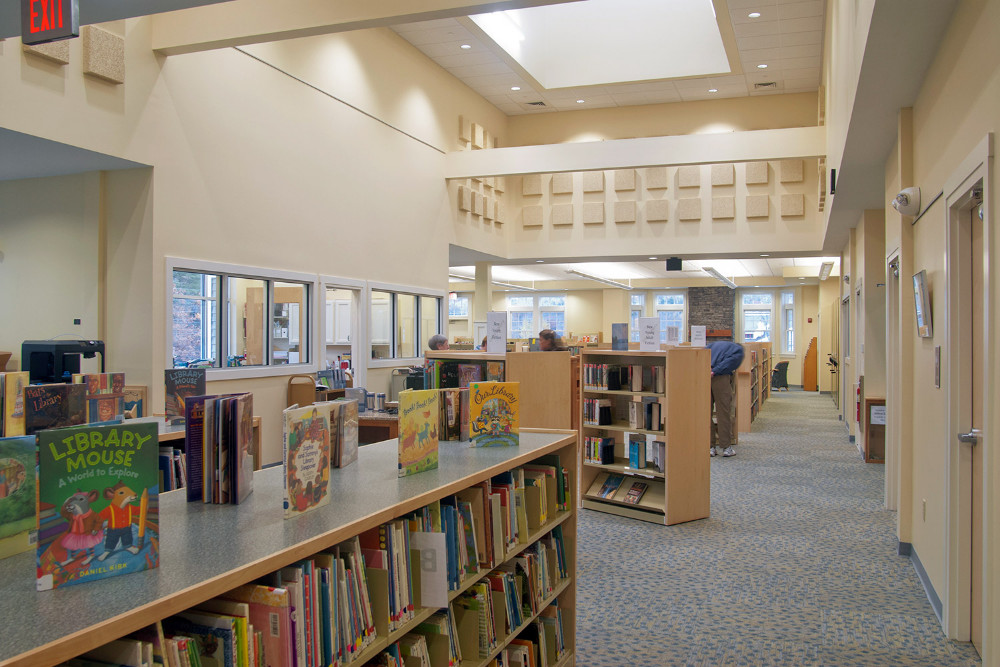 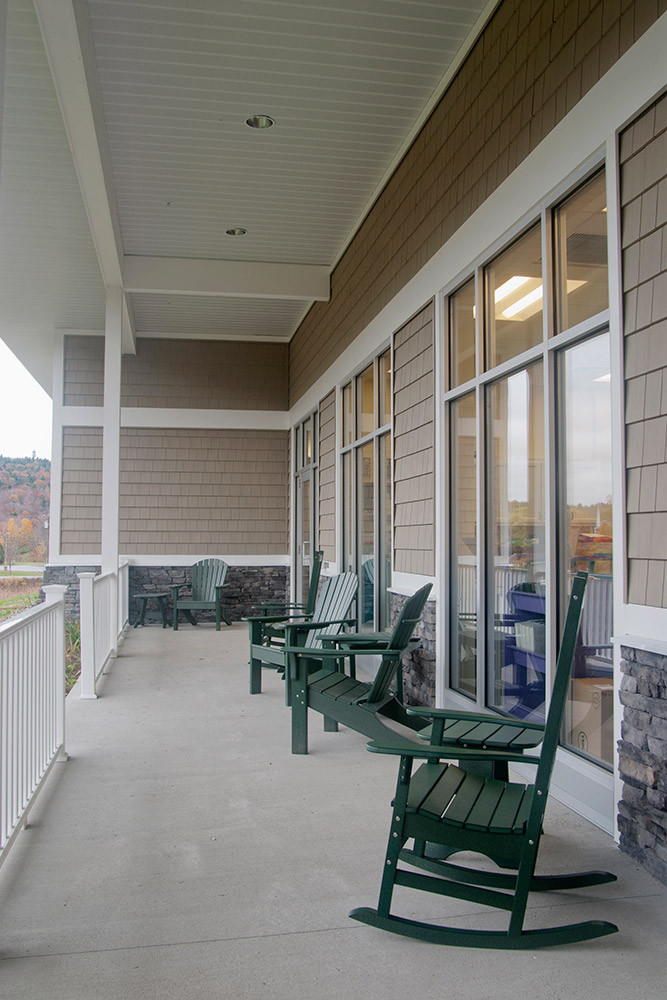 See More Municipal
Back to all projects

The original Abbott Library in Sunapee, New Hampshire outgrew its original location a more than a decade before being able to move ahead with a new facility. Over those years, Trustees and Building Committee members considered multiple options to address the need for a larger facility, including weighing the pros-and-cons of adding onto the current building vs. moving to a new site. It was ultimately decided to purchase property and build a new facility.

At 7,200 square feet, the new building is more than double the size of the old Library. It includes a bank of children’s computers and two rooms that can be reserved by community groups — a glass walled activities room that seats about 40 people, and a smaller space with room for about 15. The increased space has allowed the library to expand programming. The single-story building meets ADA requirements, allowing full access to patrons of every age and ability.

The New Hampshire Library Trustees Association honored Abbott Library with the Library of the Year Award.